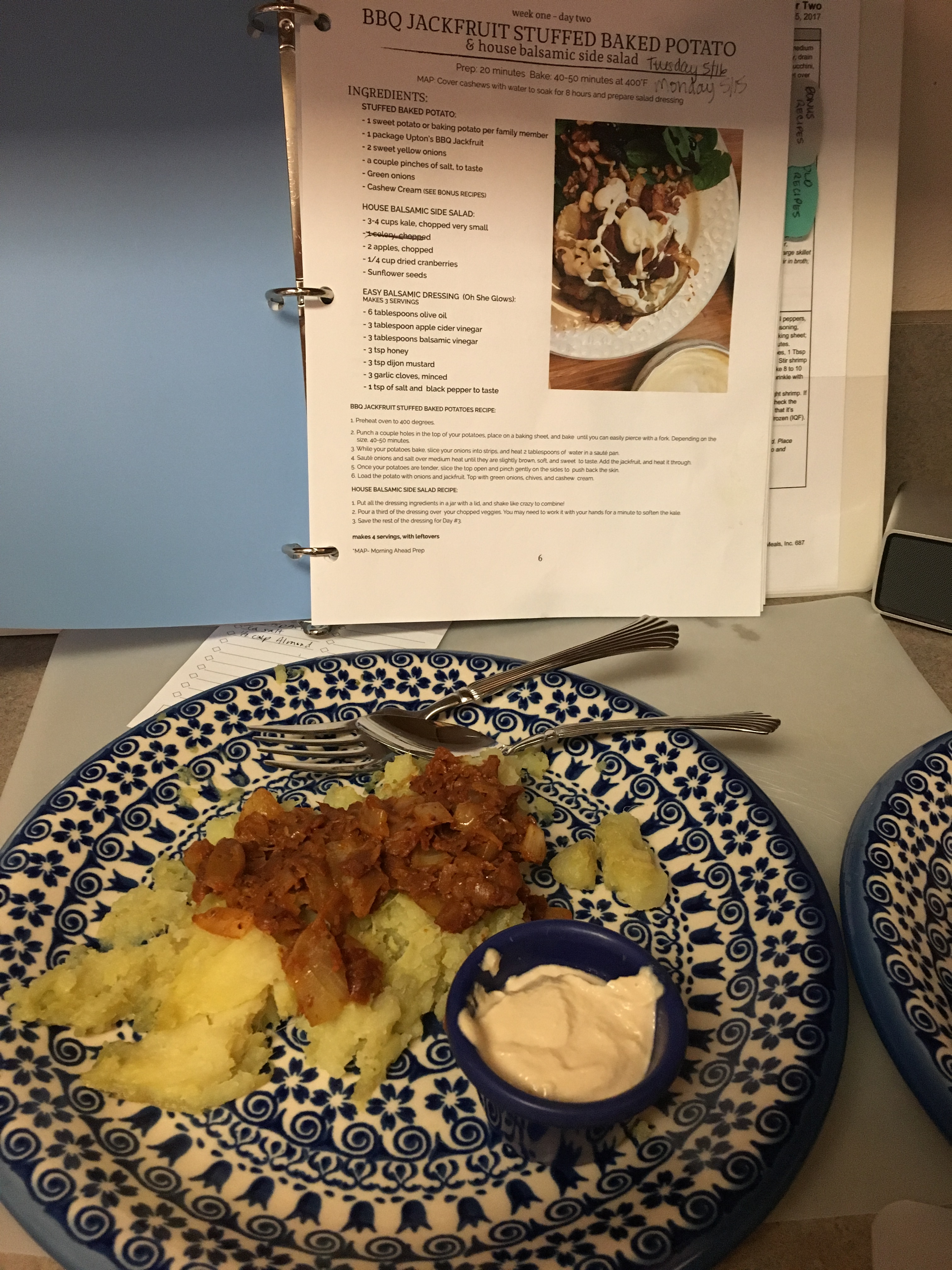 To some, this may look like one of those obligatory pictures on social media of a meal that has yet to be eaten or enjoyed.  This is actually after I made it, after I placed it lovingly on the table for my children, and after they balked at the idea of eating BBQ Jackfruit with Japanese Sweet Potatoes and a Cashew Cream on the side.  For the record: I loved it.  It was different, but enjoyable.  I almost felt exotic cooking with Jackfruit.  I mean, what even is a Jackfruit? Does it deserve a capital “J”?  I don’t even know.

I should also add that the reason I felt so defeated is that I had prepped two additional meals while the sweet potatoes were cooking.  All together I spent around 90 minutes preparing this meal, cooking it, and prepping two other meals.  I almost felt heroic.  I felt pretty darn proud about multitasking at such a high level.  Also for the record: 90 minutes may sound like a lot of time to prep 3 meals, but I’m a bit rusty in the kitchen so just bear with me.

Anyway, so I made this meal, my kids hated it, they ate slices of bread for dinner, and I forgot to top it with the damn green onions.  Though I don’t think it would have changed their opinions.

Positive lesson learned:  You can learn all about Jackfruit here, because I’m too tired to read it and explain it to you, something about drought resistance and meat replacement.  But at least I know there is a resource for all my and your Jackfruit questions.  You’re welcome.